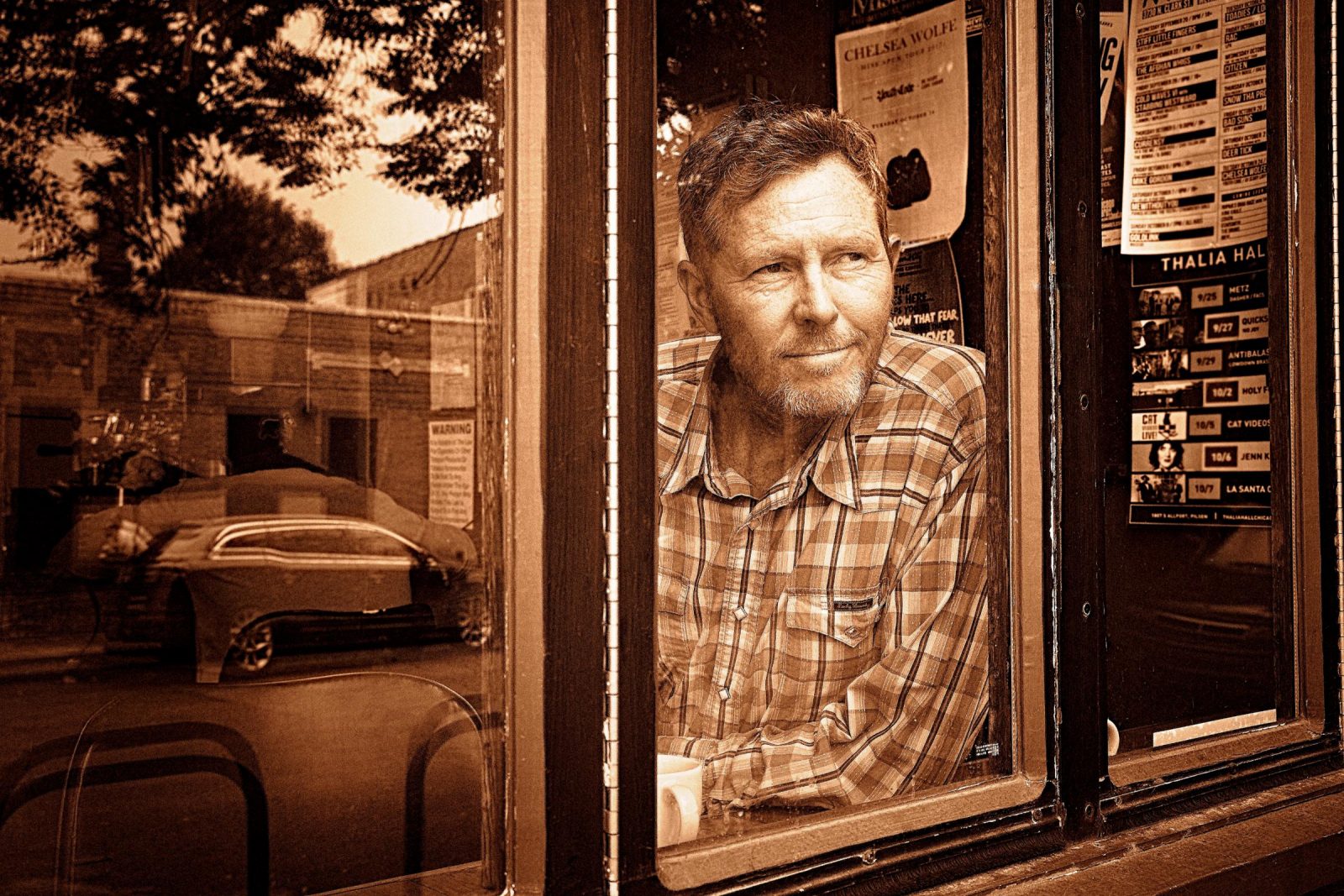 Robbie Fulks  is coming to the Mineral Point Opera House with a large group of players and a new record. An unusual and personal double-album, five years in the making, its title is 16, and all its music is drawn from the Bob Dylan album, Street-Legal.
The record is based on a very simple idea: if you returned after an absence of decades to something that enchanted and mystified you as a teenager, what would you make of it? The idea isn’t specific to musicians. A fundamental human drive is to remold one’s environment; another universal instinct is to hold early influences and loves above all others. The sum of these two is the creative reshaping of old memories. This in a nutshell is the impetus of 16. It’s in no way a tribute, but rather a revisit to a private long ago with artistic tools and values gathered over a lifetime.
Robbie’s basic architectural approach was an old familiar one, one which starts by asking: given this blueprint (i.e., the compositions) and specific singer (Robbie), how to cast, arrange, track, and mix toward an optimally clear and powerful result? This open-ended question led to a path that wandered from hard rock to quiet solo guitar, from trance to noisy dissonance, 1970s soul groove to chamber-pop formalism. As a whole, it sounds a little like many records, as well as one particular 1978 record. But mostly, it sounds like no other record — nor could it, built as it is from one person’s experience and neurology. Though most of the musical settings are thoroughly reimagined, and few of the words changed, the intense, allegorically rich mind scapes and emotionality of Street-Legal are honored and intact, as is the format: 16 is LP only.
The record’s expansive personnel and lush variety of instrumentation make a string of dates unaffordable-to-impossible, but Robbie has pulled together eight artists from widespread genres (almost all of them Chicagoans) in order to present a solid sample of the new release for just three midwest dates, of which the MPOH is one. Duke Levine is known to guitar aficionados around the world for his fluid style, compositional grace, and 1970s-rooted affinity for blues, rock, and country. Eric Schneider, the distinguished clarinetist and saxophonist, began his career as a sideman for Count Basie and Earl Hines. The gospel/R&B vocal trio of Yvonne Gage, Joan Collaso, and Faith Howard are the group’s boldest element — attentive fans of Aretha Franklin and the TV show “Empire” will recognize them, but they were new to Robbie when he met them in 2016 and just about knocked him sideways with their skill.
Although the evening’s 2-hour set will include about half of 16, a show called 8 would probably be less than satisfying. The audience will also hear some songs from Robbie’s recently released 53-song album Revenge of the Doberman, his collaboration with Linda Gail Lewis Wild! Wild! Wild!, and an assortment of others from across his 30-year discography. The size and flexibility of this nonet (which includes Robbie’s longtime drummer and close friend Gerald Dowd) allow it to go almost anywhere. We hope you’ll come along for the ride.
← Previous Next →