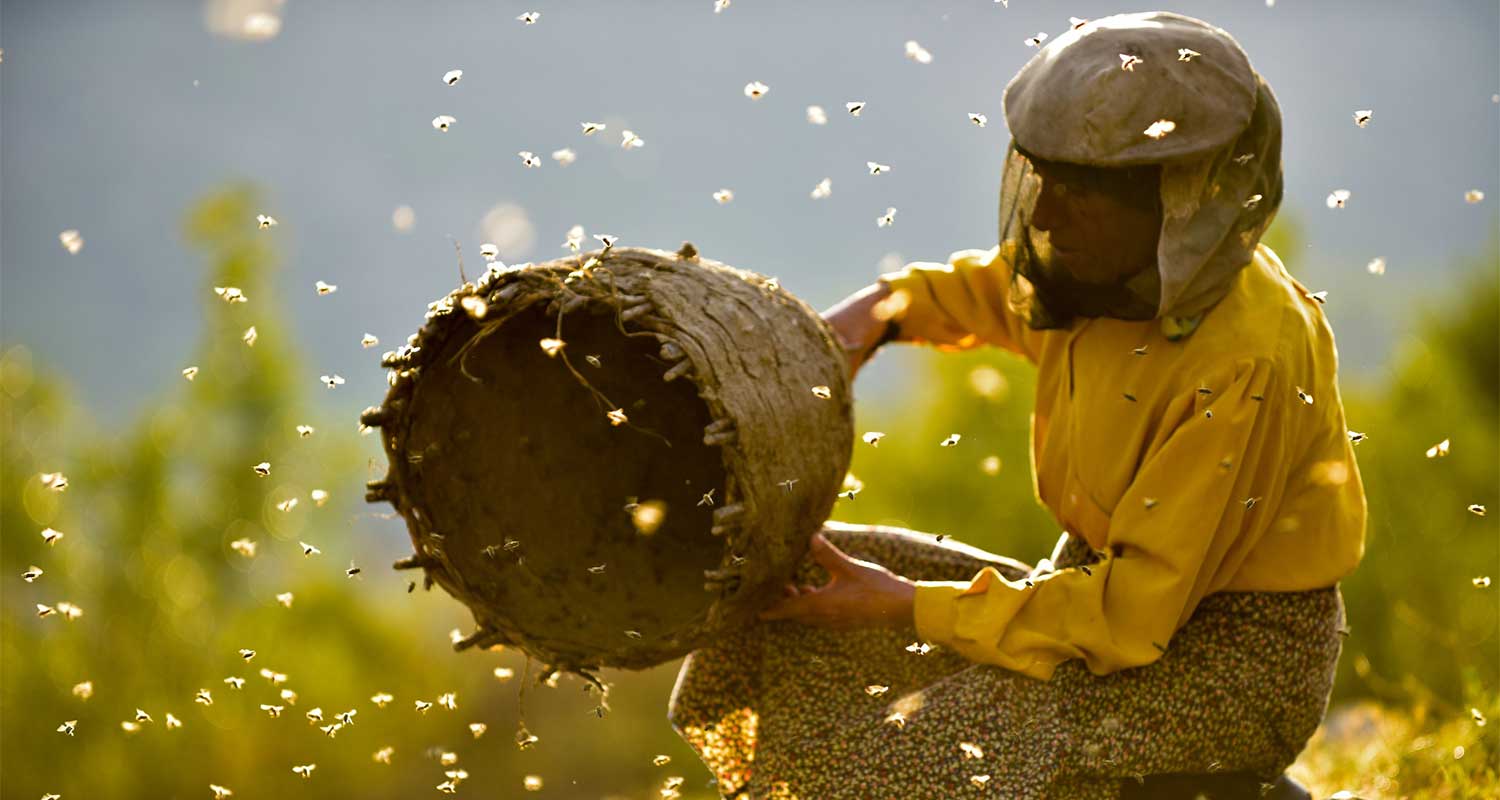 Join us this week for a special presentation of what is already a game-changer in the indie film world, as the Oscar-nominated Honeyland will screen Thursday, Oct 16, at 7 p.m.

Honeyland is the first non-fiction feature to land nominations for both Best Documentary and Best International Feature Film (formerly Best Foreign Language Film) in the same year. Prior to landing its historic two nominations, Honeyland was called the documentary masterpiece of Oscar season by IndieWire.

Nestled in an isolated mountain region deep within the Balkans, Hatidze Muratova lives with her ailing mother in a village without roads, electricity or running water. She’s the last in a long line of Macedonian wild beekeepers, eking out a living farming honey in small batches to be sold in the closest city — a mere four hours’ walk away. Hatidze’s peaceful existence is thrown into upheaval by the arrival of an itinerant family, with their roaring engines, seven rambunctious children and herd of cattle. Hatidze optimistically meets the promise of change with an open heart, offering up her affections, her brandy and her tried-and-true beekeeping advice.

It doesn’t take long however, before Hussein, the itinerant family’s patriarch, senses opportunity and develops an interest in selling his own honey. Hussein has seven young mouths to feed and nowhere to graze his cattle, and he soon casts Hatidze’s advice aside in his hunt for profit. This causes a breach in the natural order that provokes a conflict with Hatidze that exposes the fundamental tension between nature and humanity, harmony and discord, exploitation and sustainability. Even as the family provides a much-needed respite from Hatidze’s isolation and loneliness, her very means of survival are threatened.

Honeyland won World Cinema Grand Jury Prize: Documentary at Sundance, and it was shortlisted for Best Foreign Language Film at the Academy Awards.