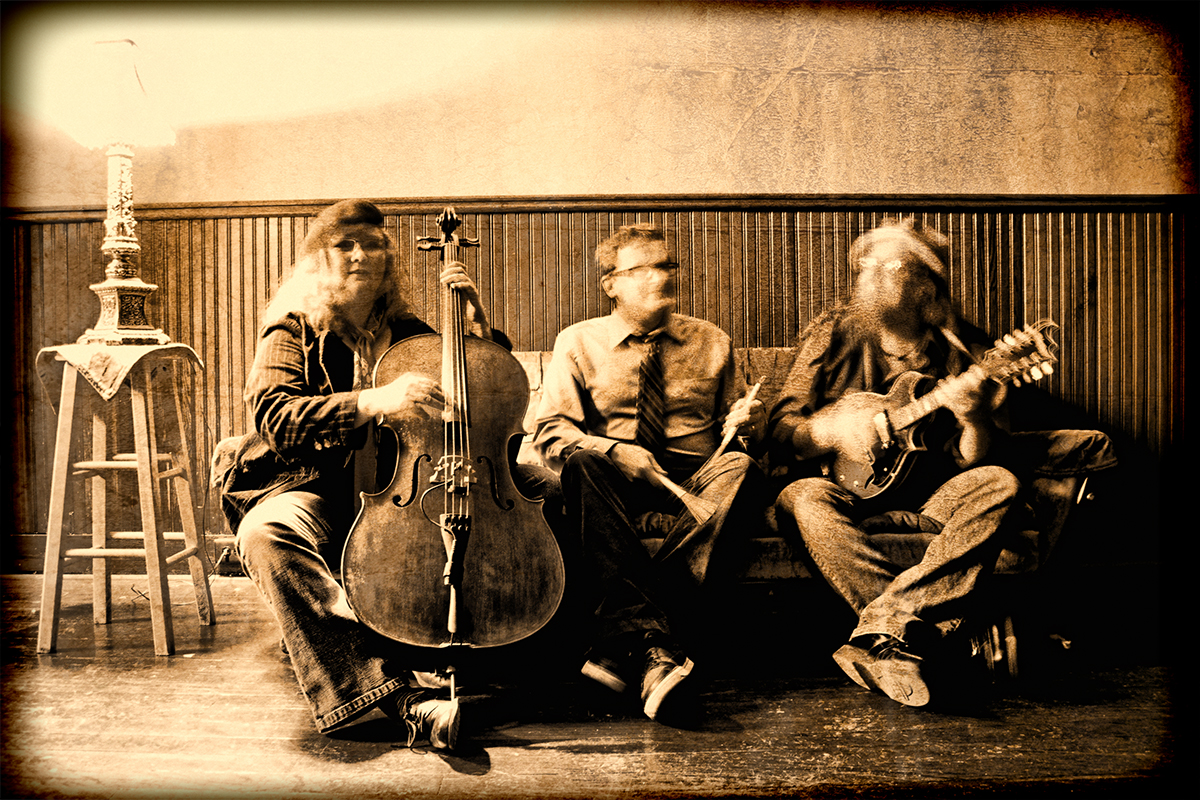 Based in Madison, WI, the award-winning husband and wife duo of Mary Gaines (cello, guitar,  bass, vocals) and Chris Wagoner (violin, mandolins, lapsteel, ukulele,  guitar, accordion, vocals) play an eclectic mix of Americana — original and classic tunes ranging from folk to jazz, bluegrass to blues, honky-tonk and a little singer-songwriter on the side.

Gaines & Wagoner, with drummer Erik Radloff, will play at the Opera House on Saturday, March 4, 2023. The show will start at 8:00 PM with doors open at 7:00 PM. Reserved seating will be $15 in advance and $20 the day of the show. Tickets will go on sale for Friends of the MPOH on Friday, August 5 and for the general public on Friday, August 19.

Chris Wagoner and Mary Gaines have been in-demand private instructors, session musicians, and performers in the Midwest for over three decades with tours spanning the US and Europe. Together and separately, they are founding members of several of Wisconsin’s favorite musical groups, past and present: Harmonious Wail, The Common Faces, The Bob Westfall Band, The Moon Gypsies, The Stellanovas, and Graminy.

Gaines and Wagoner have been the recipients of several WAMI (Wisconsin Area Music Industry) nominations and awards over the years for their work with Harmonious Wail and The Common Faces, and several recent MAMAs (Madison Area Music Awards) for String Player of the Year (Violin and Cello), Specialty Instrument (Lapsteel), Best Male and Female Vocalist, and a Lifetime Career Achievement Award. as well as session work on numerous recordings that have received MAMAs for Album of the Year (Harmonious Wail, Graminy, Beth Kille, Mark Croft, The Moon Gypsies).

From 2015-2017, Gaines and Wagoner recorded incidental music for the award-winning PBS and BBC series “American Epic” with producer, Duke Erikson.  Distributed by BBC and PBS and released in June 2017, the series shines a light on the evolution of roots music in America. Artists on the soundtrack include Taj Majal, Jack White, Elton John, Los Lobos, Beck, Willie Nelson, Merle Haggard, Stephen Stills, Steve Martin, and Edie Brickell, American Epic won the Discovery Award and Audience Award at the Calgary Film Festival, the Foxtel Audience Award at the Sydney Film Festival, Best Overall Picture in the Tryon International Film Festival and was nominated for Outstanding Music Direction at the Primetime Emmy Awards.

“Multi-instrumentalist Chris Wagoner and his wife Mary Gaines are masters of string swing music…equal parts Hawaiian luau and Parisian wedding party. The love they bring to their music is as apparent as the precision with which they make it.”