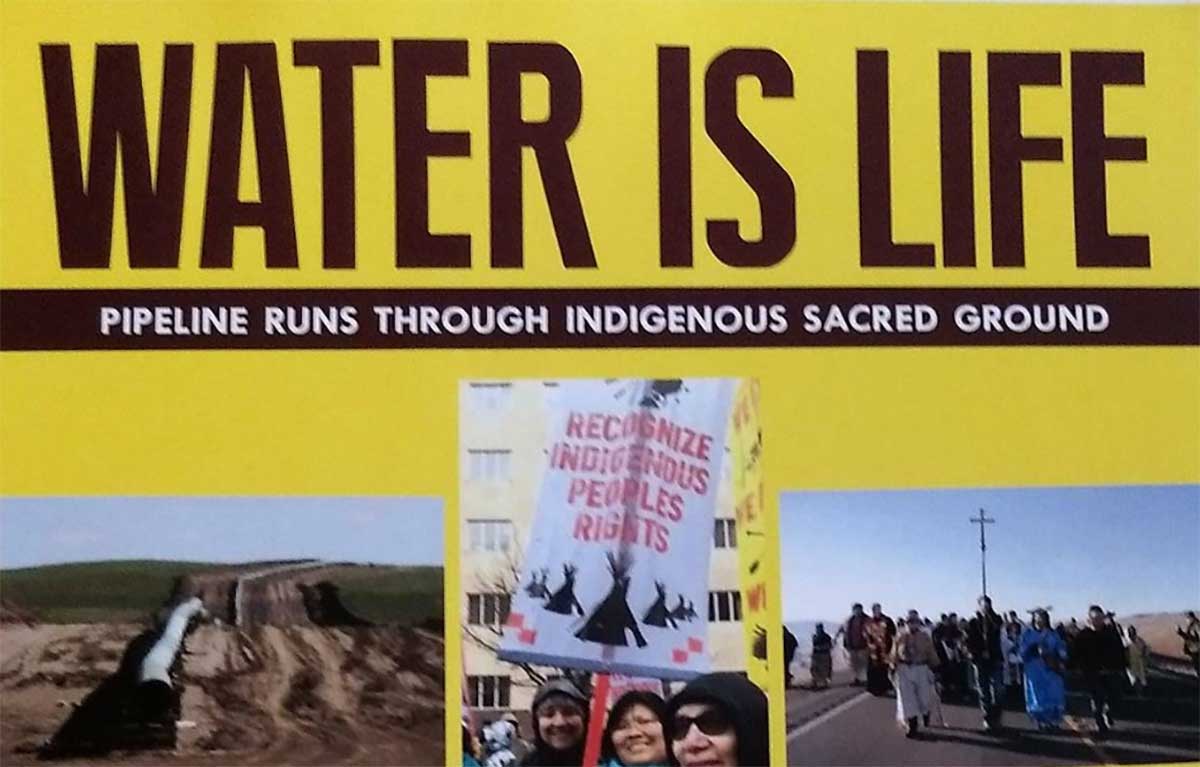 On Saturday, April 28th from 6-8 pm at the Mineral Point Opera House, The Rev. John F. Floberg will share his experience ministering to the water protectors and the people of Standing Rock, North Dakota.

Suggested donation for admission is $10 per person.

Fr. Floberg has served for 25 years as an Episcopal priest for three Episcopal Churches at Standing Rock. Returning from a church conference in Washington, D.C. Floberg heard the news of a confrontation developing between the people protesting the North Dakota Access Pipeline at the place where it was to cross and endanger the Missouri River and enter and despoil Standing Rock sacred sites.

To preserve the peace in the midst of a growing conflict, Floberg called for clergy to stand with the water protectors. Over 500 responded from many faith communities to provide a peaceful, prayerful, lawful and nonviolent witness. Floberg stated; “I realized the Church had to get there, so the people would hear and understand that somebody else cared and would stand by them.”

To learn more about the Water is Life movement, its current status, and Floberg’s own ministry to the Standing Rock people, please join us on the evening of the 28th. A freewill donation or suggested $10.00 donation is requested to defray expenses. Question and answer forum after meeting.