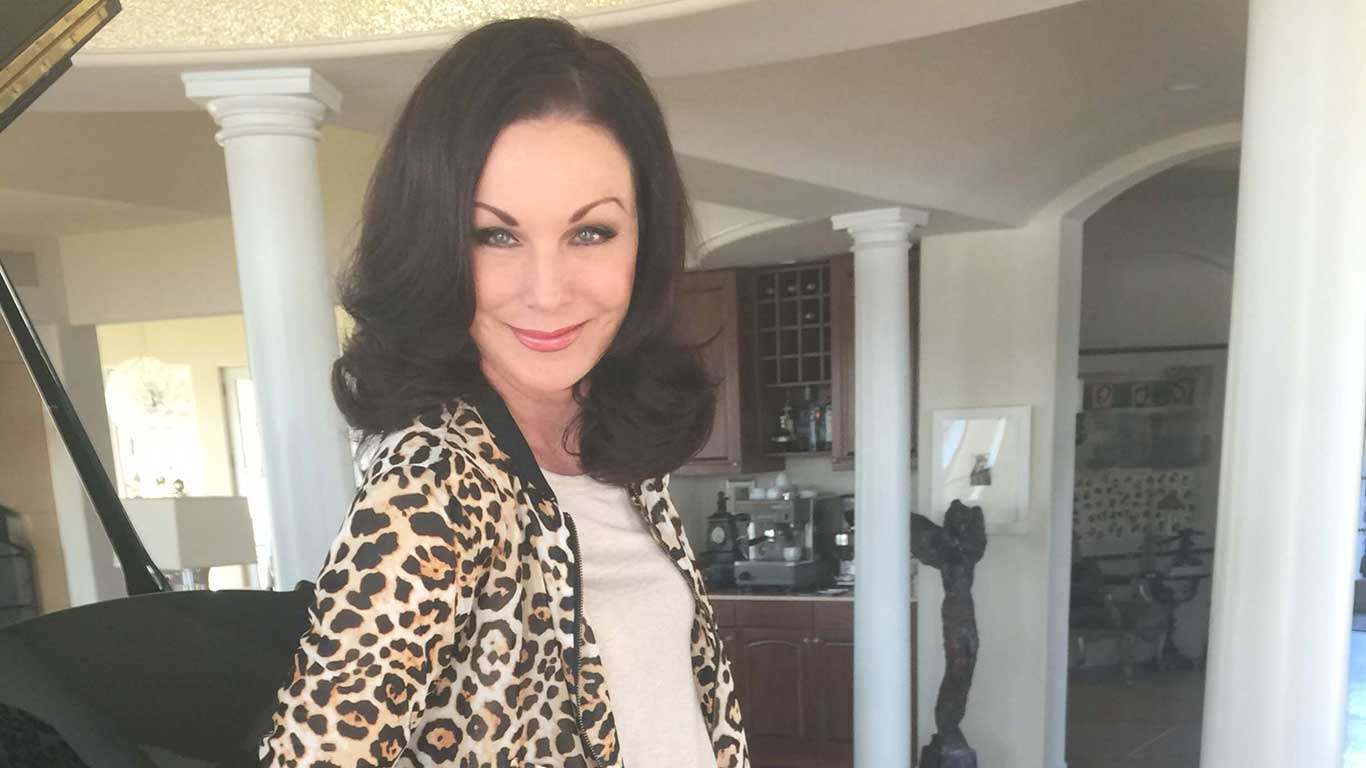 This is the third year Lorie Line is going solo.

“After three years of doing this, I’m comfortable. I feel like everyone in the audience is related to me. They’re my family,” says Line.

Three years ago in the cold winter Minnesota months she headed south and west to just “try it,” to go alone. Having an entourage of 12 people on the winter tour, and 8 during the off-season, the new idea would be simpler. And easier for the Lines.

So, with just two people on the tour (her husband Tim, and her assistant Michele) they traveled to popular cities (where she knew she had fans) to work out a solo show. “It was safe. I wasn’t in my backyard but I knew I had huge fans in all new cities who were so excited because I was coming to see them,” says Line.

The first year she performed by herself she went to 22 cities, got her “chops” and started getting comfortable on the bench and behind the keyboard all by herself. Now she says she’ll never go back. “The holidays will be about the big group, the extravaganza of it all, but all other times of the year, it will be just me . . . simple, but grand.”

Line says the solo show has become the all-time favorite with her fans. “For years, everyone kept saying ‘we just want to hear YOU.’ Well, now that’s all it is. Just me.” Just Ms. Line . . .  and her 1450-pound concert grand piano that she takes with her. Everywhere.

“The hardest part of the day is getting the piano to the stage,” says Line. “Every concert hall and theatre is different.” But after the piano gets placed on the stage, Line and her two favorite people that travel with her jump into action. A beautiful stage is set, lights are focused, CDs and Music Books are ready to sell in the lobby, the piano is tuned, and it is show time!

Line plans to play music this year from her newest Heritage series. She is also featuring music from Simply Grand, her most popular music played on Pandora. Her goal is to travel to small cities where fans cannot believe she is coming. In other words, Line hopes to be a very big fish . . .  in a very small pond.

There is no intermission on this show. Lorie plays one hour twenty minutes.

She will be greeting fans in the lobby following the performance to take photos and sign music.

Age restriction for this show is 4 and up. No infants or toddlers please.