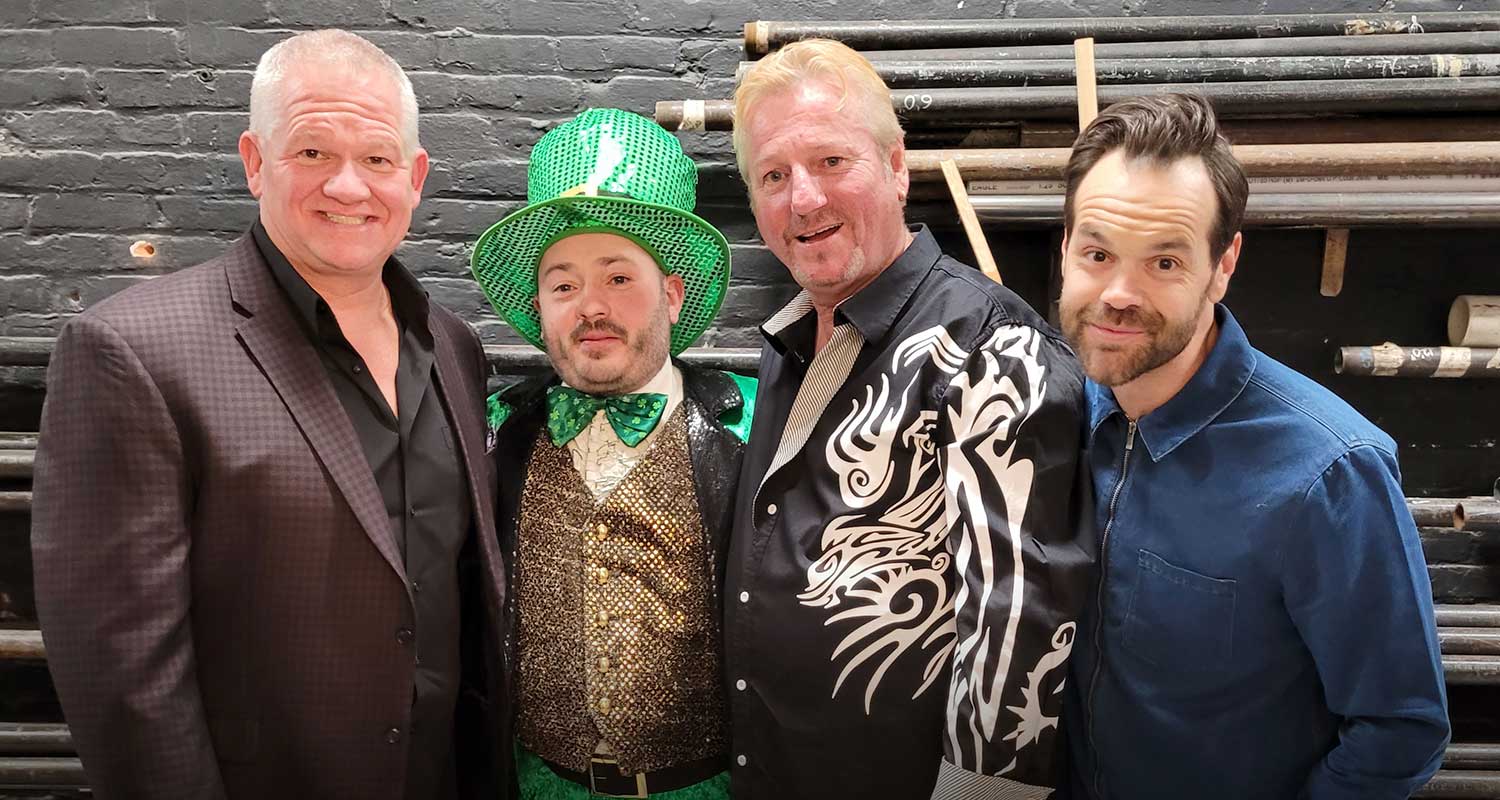 The Irish Comedy Tour takes the party atmosphere of a Dublin pub and combines it with a boisterous, belly-laugh band of hooligans. The group’s comedians and musicians, whose ancestors hail from the Emerald Isle, include Detroit native Derek Richards; Washington D.C. born Patrick Garrity; Ohio’s Michael Malone; Nova Scotia’s Damon Leibert; and from Inchicore, a suburb of Dublin, Ireland Derrick Keane. Don’t miss these hilarious Irish American comedians as they tear apart as well as validate all of the Irish myths and stereotypes.