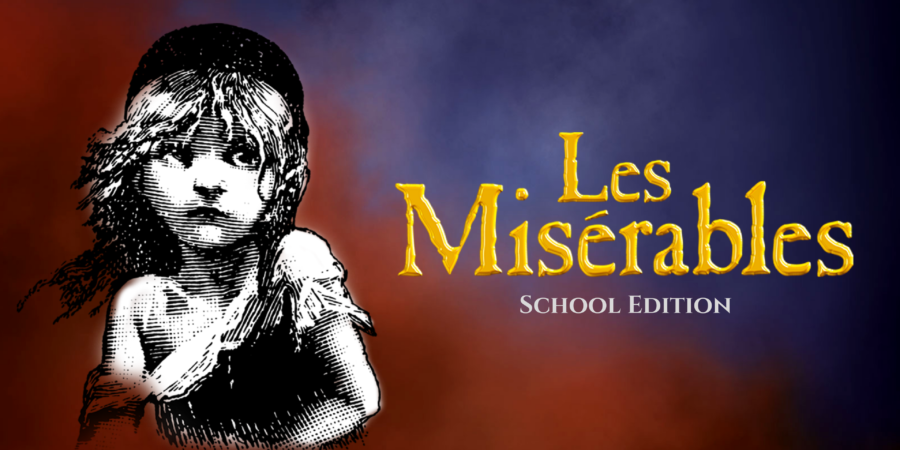 Students from Mineral Point High School are studying the history of France in a unique way with a production of Les Misérables School Edition, an adaptation of the Tony Award-winning musical phenomenon which is performed by students only.

The future of the theatre is all about developing and nurturing a passion for musicals and plays among the young.  This is where new audiences will come from, and I believe Les Misérables, which tells a story of so many passionate and committed young people, is proving to be a thrilling theatrical learning experience for teenagers, as well as a wonderful communal experience for their teachers. says theatrical producer Sir Cameron Mackintosh.Les Misérables is one of the most popular musicals in the world and features one of the most memorable scores of all time. Through their production, these students are playing their own part in an epic piece of musical theatre history while offering their own take on themes like revolution, free speech, conviction and redemption. We hope youll join us in giving them a standing ovation! says Drew Cohen, president of Music Theatre International.

Tickets can be purchased at Berget Jewelers (257 High Street), online at BrownPaperTickets.com, the high school main office, and at Mineral Point Opera House.

Les Misérables School Edition is a version of the classic musical by Alain Boubil and Claude-Michel Schöneberg, based on the novel by Victor Hugo.  The music is by Claude-Michel Schöneberg, with lyrics by Herbert Kretzmer.  The show features original French text by Alain Boubil and Jean-Marc Natel, with additional material by James Fenton.  It is adapted by Trevor Nunn and John Caird, with original orchestrations by John Cameron, new orchestrations by Christopher Janke, Stephen Metcalfe and Stephen Brooker.  Les Misérables was originally produced by Cameron Mackintosh.  The School Edition is specially adapted and licensed by Music Theatre International and Cameron Mackintosh (Overseas) Ltd.

Winner of over 100 international awards, and seen by 8.5 million people in New York alone during its run from March, 1987, through May, 2003, Les Misérables is the worlds longest running musical and the third longest running musical in Broadway history.  Worldwide, the musical has been seen by over 70 million people, with a total box office gross of over $1.8 billion.

The show once again made history by becoming the first musical ever to become available for school productions while still playing on Broadway, in the West End and in productions around the world.  MTI released the authorized school version of the award-winning musical in 2003, which, according to Dramatics Magazine, was the number one produced musical in high schools that year.

International theatre producer Sir Cameron Mackintosh supervised the creation of a school edition of Alain Boublil and Claude-Michel Schönbergs epic musical in order to nurture a passion for the theater among youth.  The show was made available to schools, childrens theatres, childrens camps and other organizations with programs for young performers (all performers must be under 19 years of age) nationwide in 2002, to honor the 200th anniversary of Victor Hugos birth.  Les Misérables School Edition has a running time of just over two and a half hours (including intermission).

This epic story of Les Misérables recounts the struggle against adversity in 19th century France. Imprisoned for stealing a loaf of bread, petty thief Jean Valjean is released from his 19-year term and not only becomes and honest man, but the mayor of a prosperous town and a loving adoptive father  violating his parole in the process. The relentless Inspector Javert, who makes a decent life for Valjean impossible, consequently pursues him. Only years later, after Valjean proves his mettle during a bloody student uprising and saves the life of a young man hopelessly in love with Valjeans adopted daughter, does the ex-convict finally feel fully redeemed.

Music Theatre International (MTI) is one of the world’s leading theatrical licensing agencies, granting theatres from around the world the rights to perform the greatest selection of musicals from Broadway and beyond. Founded in 1952 by composer Frank Loesser, and orchestrator Don Walker, MTI is a driving force in advancing musical theatre as a vibrant and engaging art form.

MTI works directly with the composers, lyricists and book writers of these musicals to provide official scripts, musical materials and dynamic theatrical resources to over 70,000 professional, community and school theatres in the US and in over 60 countries worldwide.

MTI is particularly dedicated to educational theatre, and has created special collections to meet the needs of various types of performers and audiences. MTIs Broadway Junior™ shows are 30- and 60-minute musicals for performance by elementary and middle school-aged performers.  During the past twenty years over 5,000,000 students and over 500,000 educators have been involved in at least one of the over 150,000 global productions of a Broadway Junior™ musical.