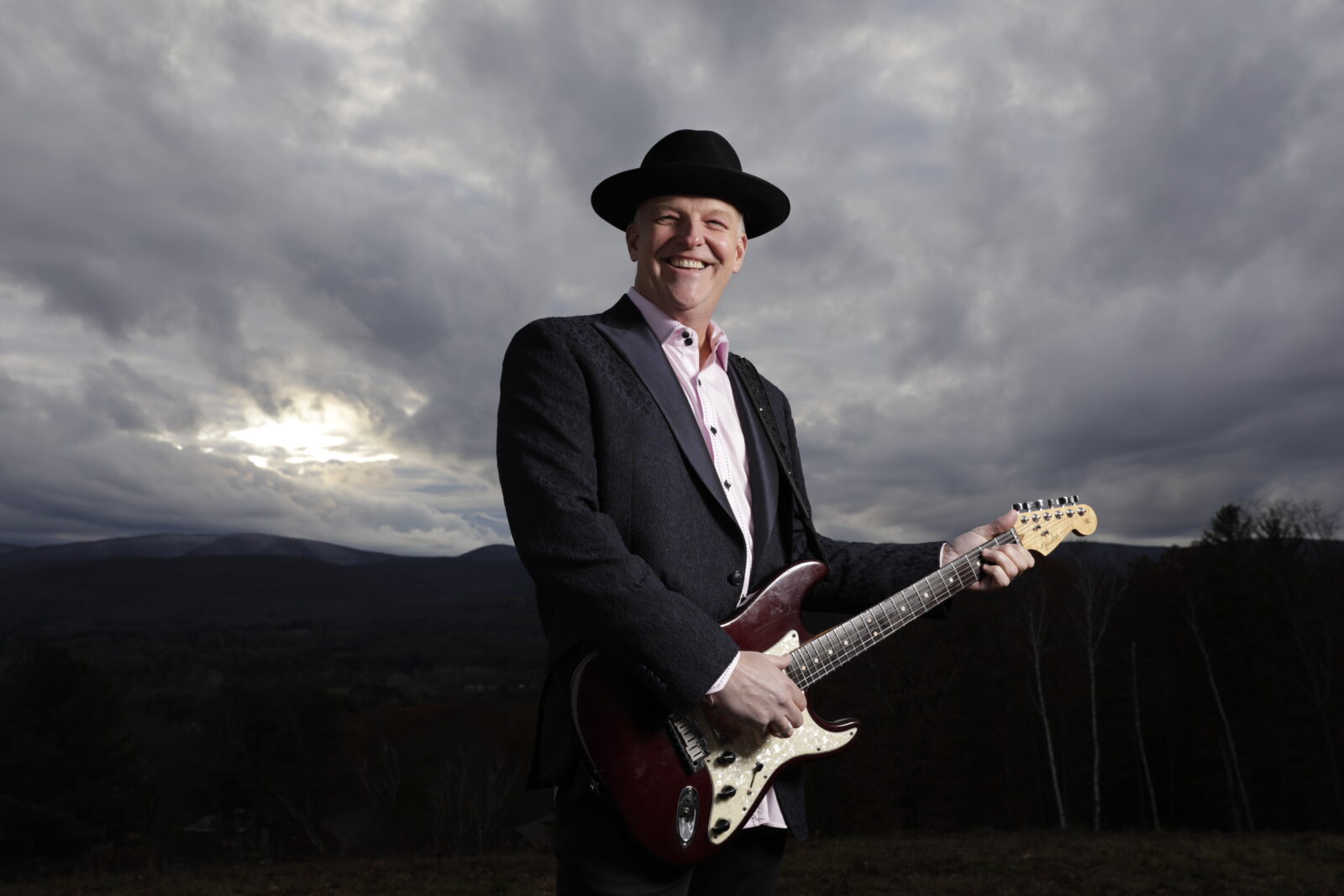 Albert Cummings writes, plays, and sings the blues like nobody else.

Albert Cummings is coming to the Mineral Point Opera House on Thursday, September 8! The show starts at 7:30 pm and doors will open at 6:30 pm. Front row and box seats are $30 ($35 the day of the show) and the lower level and balcony seats are $20 ($25 the day of the show). Tickets go on sale for MPOH members on Friday, July 1 and to the general public on Friday, July 15. Tickets are available at tickets.mpoh.org.

For someone with the kind of background Albert Cummings has, that kind of confidence about his music says it all. This is a singer and guitarist who has played with many of the greatest players of the modern era, and received the kind of awards and recognition that few others do. Raised in Massachusetts and self-taught on the banjo, it was a 1987 concert by Stevie Ray Vaughan and Double Trouble that opened Cummings to a new world of modern blues and inspired him to take up the guitar. It didn’t take long from there for him to find his way to the front of the pack. In fact, Albert Cummings’ very first album FROM THE HEART (2003) was produced by Double Trouble’s Chris Layton and Tommy Shannon and included the group’s Reese Wynans on keyboards. That had not happened before Cummings’ release.

From that first album, the burgeoning blues world of the 2000s opened its doors for Albert Cummings. He recorded several albums for Blind Pig Records, and on 2012’s NO REGRETS the guitarist extended the boundaries outside the blues world to include country and rock influences like he really hadn’t before. It was obvious that the musician did not want to limit himself in any way, and saw a wider possibility for where his music could go. With its release on Cummings’ own indie label imprint, Ivy Music, TEN is a full realization of that possibility.