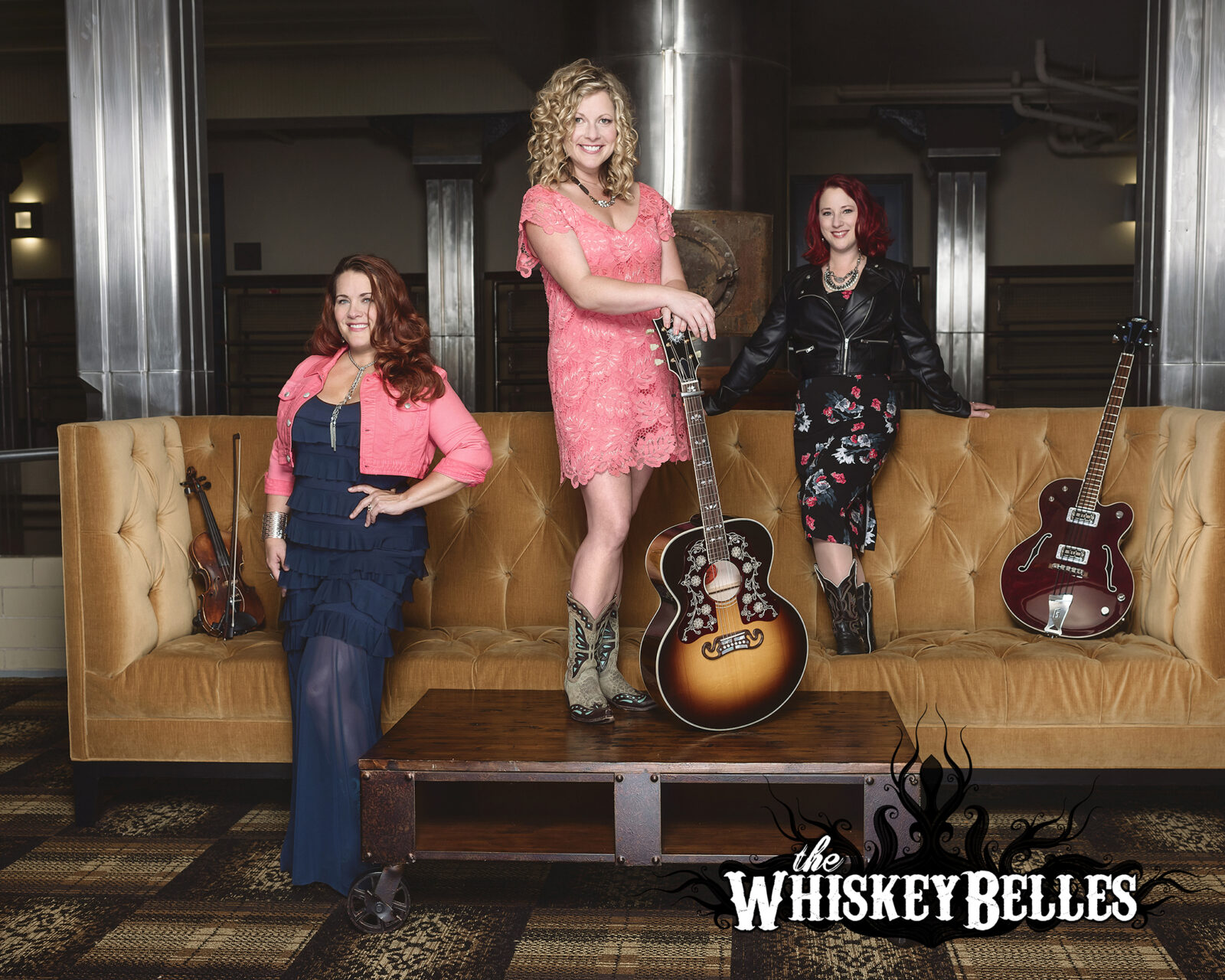 Three Chords and the Truth!

The WhiskeyBelles are a traditional country and Americana trio based out of Milwaukee, Wisconsin who serve up their own recipe for Roots Country Music, born of gin halls and juke joints – Hank Williams’ passion, Carter family harmonies, with a little Hee Haw mixed in for good measure. The Belles are widely known for captivating shows featuring their own take on classic and obscure vintage-country, Americana, folk-revival and roots-country tunes, with their own witty originals sprinkled in. They’ve been compared with the Pistol Annies, Dixie Chicks and Trio (Dolly Parton, Emmy Lou Harris & Linda Ronstadt). The ‘Belles have personalities as big as the Texan skyline – they have a great time on stage, and love to share the fun with their audience.

“The WhiskeyBelles is not your typical Milwaukee band. Not even taking into account the band’s entirely female populace, the outfit expertly toes the line of talented original act and more than capable cover band. Its upbeat and experienced melding of country, folk and Americana proves a welcome resident to dive bars and massive outdoor festivals alike. And at the tender age of two, the trio has managed to garner growing consideration from local promoters… not to mention a few Wisconsin Area Music Industry (WAMI) awards along the way.” – Tyler Maas, Milwaukee Magazine.

Show opener Myles Wangerin is a Wisconsin-based singer/songwriter who has been involved with music since a very young age. His early influences consisted of James Taylor, Keith Urban, John Mayer, Garth Brooks, Vince Gill, and The Eagles. Now, called “The Workingman’s Musician” by 30West Magazine, he has just released his first album Wasting Time And Wasting It Well, full of his original material. Myles has played with names like Ryan McIntyre, Nora Collins, Brecken Miles, and The Band Crossfire. You can find Myles playing consistently around southern Wisconsin, playing a range of music from Merle Haggard to Tom Petty, George Strait to Jason Isbell.