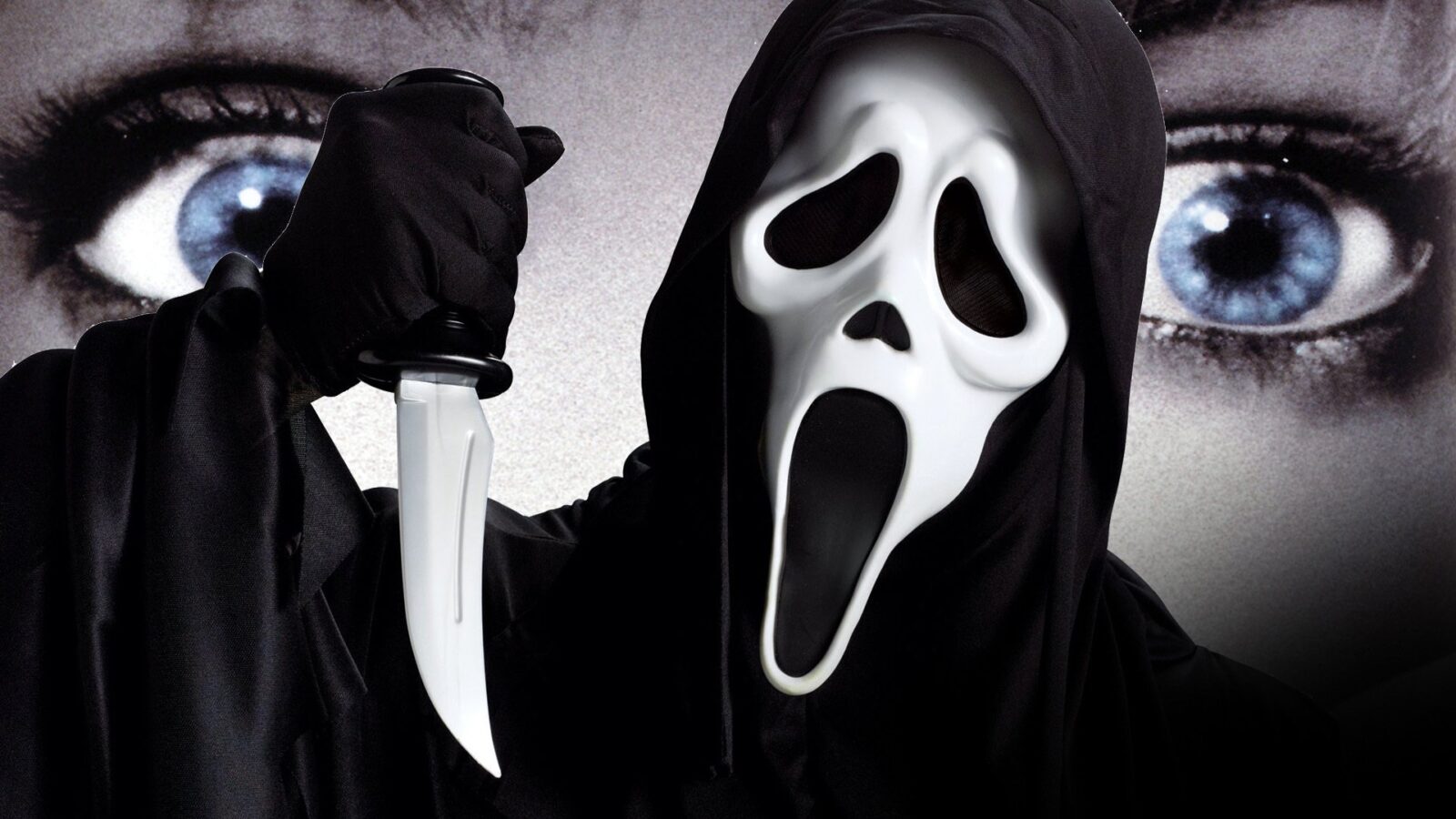 A year after her mother’s death, Sidney Prescott (Neve Campbell) and her friends started experiencing some strange phone calls. They later learned the calls were coming from a crazed serial killer, in a white-faced mask and a large black robe, looking for revenge. His phone calls usually consist of many questions, the main one being: What’s your favorite scary movie? Along with much scary movie trivia, ending with bloody pieces of innocent lives scattered around the small town of Woodsboro.