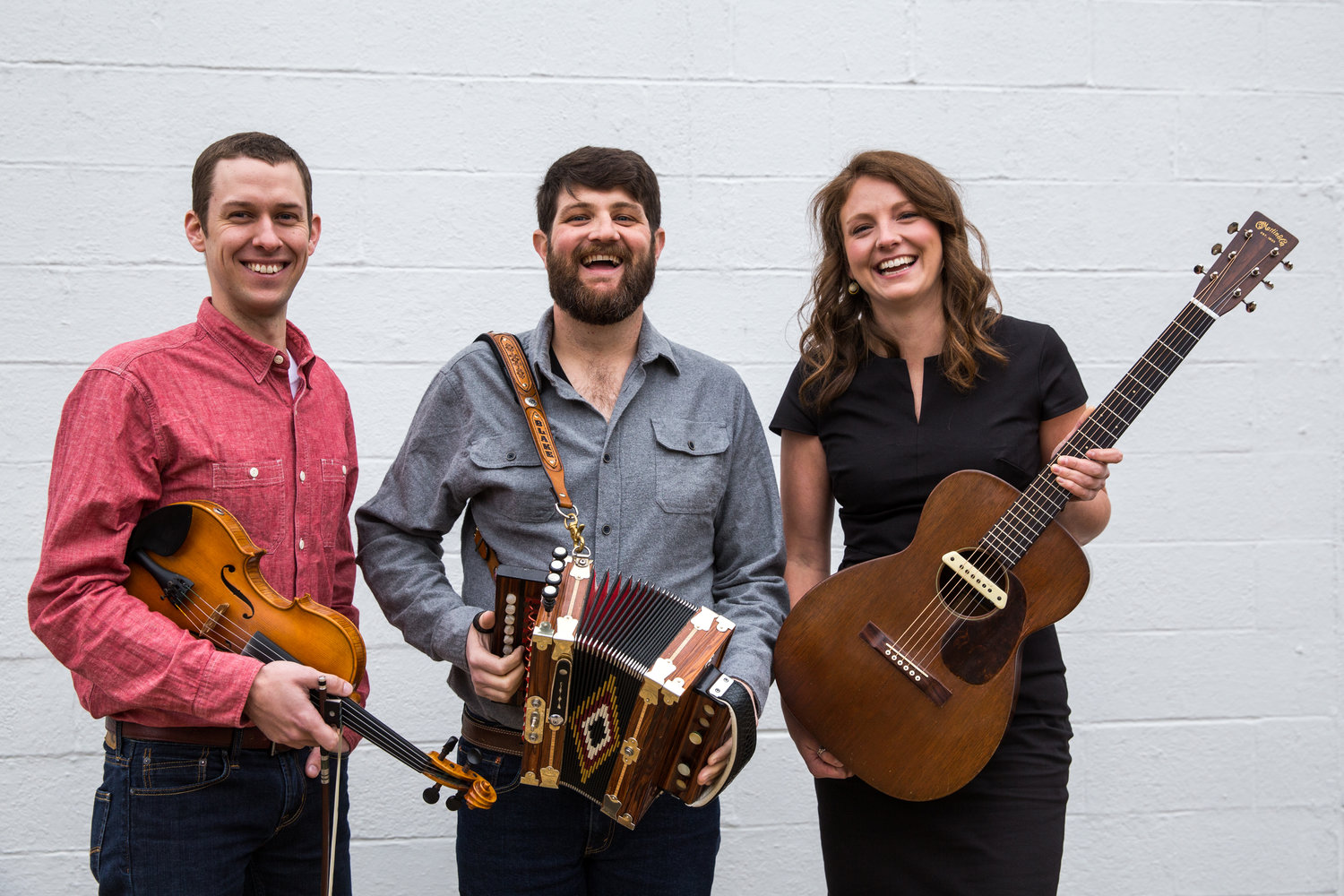 Wisconsin and Louisiana musicians team up to create a unique flavor of Cajun music.

The Old-Fashioned Aces are breathing new life into an old sound. It’s traditional Cajun music in a traditional setting, but more than that, it’s a powerhouse trio having fun. In a world where it seems everyone is continually stretching the boundaries of Louisiana French music, the Aces nest comfortably inside the well worn tracks of Cajun music. From old fiddle tunes to classic dance floor packers to bilingual country classics, their music is comfort food for the Cajun music fan.

Grandson of well known accordion builder Larry Miller, Blake Miller has been surrounded by Cajun music and culture his entire life. Hailing from the small town of Iota Louisiana, Miller, a fluent french speaker and songwriter, managed to acquire a degree in Francophone studies from The University Of Louisiana at Lafayette. During that time, Miller founded the popular young Cajun band The Pine Leaf Boys and became a member of the premiere Louisiana roots Band The Red Stick Ramblers. He has also served stints in just about every other cajun/creole band of note including Balfa Toujours, Les Malfecteurs and Cedric Watson & Bijou Creole, bringing his strong cultural identity and accomplished musicianship to the world. Miller now plays with the world traveled Revelers for the past 4 years, singing and playing his own songs on fiddle and accordion.

Originally from Mineral Point, Amelia Biere was exposed to many forms of traditional music at an early age. She grew up listening to her dad sing, play guitar, piano, and fiddle. Fate took her to Minneapolis for college, where there were regular Cajun dances. She got hooked! Mentored by a few of the stalwart musicians of the Twin City music scene, Amelia started learning French, playing and singing. Two bands resulted: Ana and the Bel-tones and Millie and the Mill City Heavyweights. In 2014, Amelia decided to move to the source of it all – Lafayette, LA. There she has been soaking it all in, ever expanding her love for the culture. In addition to playing cajun music, she plays old-time guitar and loves to dance. When not playing music, she is a wedding florist.

AJ Srubas is originally from Green Bay, where he grew up playing Irish music in a family band. After graduating high school, he went to study fiddle in Ireland for a few months but upon returning home he was introduced to old-time music when his older brother started to learn claw hammer banjo. Before he knew it, he was completely hooked. AJ now lives in Minneapolis and has been playing old-time music for the last decade. He plays old-time fiddle in Steam Machine and Cajun fiddle and pedal steel guitar in the New Riverside Ramblers. When not playing music, he is an apprenticing violin bow maker and organizer for The Monday Night Square Dance and other Minnesota festivals. AJ teaches private lessons and has taught at the Central Rockies Old-time Music Association’s summer festival, Berkeley Old-time Music Gathering and many Minnesota Bluegrass and Old-time Music Association events.